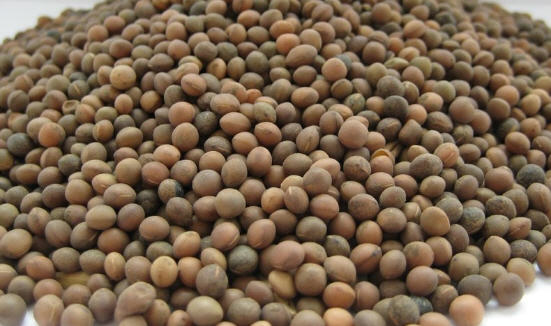 In stock
Country of manufacture:Ukraine
Contact supplier
Description
Semyon Vick. Bean cultures
Vika - one of the most widespread annual bean grass. Gives high-quality forages. In 100 kg of hay 46 feed units and 123 g of protein on each feed unit contain. Green material of Wicky reaches 60-70%. Productivity of green material of Wicky of 300-400 c/hectare, hay - to 60-80 c/hectare. Grow up in mix with oats, peas, cabbage and other cultures.

Sort (Vicia L.) belongs to family of bean. Integrates 85 types. Two are most widespread: Common vetch, or summer (To saliva L.), and winter or shaggy (To villosa Roth).

Vika summer is undemanding to heat. Seeds begin to burgeon at temperature of 2-3 °C, and shoots maintain frosts to 4-6 °C. Hygrophilous culture. Most of all water absorbs during intensive increase of vegetative weight and in phase of blossoming education of fruits. Well grows on neutral and sub-acid soils.

Technology of cultivation of Wicky

At Vicki's cultivation summer on seeds she is placed to the field intended for summer cultures. Sow it after propashny or grain crops. Vika summer is not exacting to predecessors.

The main soil cultivation consists in hulling of eddish and fall plowing after grain and plowed land after propashny. Spring cultivation is begun at physical tilth. By means of KPS-4 cultivator the field is prepared for one or two passes for crops.

Vika as well as all other leguminous cultures, well uses after-effect of the fertilizers introduced under the predecessor. Need of introduction of fertilizers directly under Vika arises at low supply of the soil of available forms of mineral nutrition. Therefore on rich soils, after the fertilized predecessors it is possible to be limited to presowing cultivation of seeds molybdenum and entering into rows at crops of the granulated superphosphate in dose 10kg/hectare of river. At placement on poor soils introduce phosphoric and potassium fertilizers. Introduction under the main processing of P45K45 is provided by increase of grain yield on 3,0-5,0 c/hectare.

Way of sowing of Wicky - usual lower case and narrow-rowed, providing uniform placement of seeds on the square. At the same time weeds well are suppressed with Wicky's plants. Semyon Wicky at germination demands good intake of moisture, wrap it on depth not less the 4-5th. On light-textured soils depth is increased to the 5-6th. Shoots appear in 7-10 days. Sow it on seeds along with early grain crops.

Owing to strong drowning, irregularity of maturing, easy fall of seeds, Wicky's gathering of on grain rather difficult. Bring together Vika in the two-phase way. Mow seed plants in rolls harvester of ZhRB-4, 2 when browning beans in the lower and middle part of plants (50-75% of beans). Seeds has wax phase of maturity now and well ripens in rolls.

Select and thresh rolls when humidity of grain decreases to 16-18%. At humidity less than 15% seeds are strongly split up, and at humidity more than 20% are injured. Optimum harvesting times on green material - in budding stage - blossomings. On hay and haylage - at full blossoming of Wicky, on silo - in phase of gray beans.

Technology of cultivation of Wicky winter

Vika winter is grown up in mix with winter - wheat, triticale, rye, barley, and also with colza. Wicky's productivity in one-specific crops reaches 150-250 c/hectare, in mix - to 250-400 c/hectare. Contains more protein in comparison with Vika summer.

Vika winter is undemanding to heat. Semyon Wicky is sprouted at temperature of 2-3 °C. Winter hardiness is lower in comparison with winter grain crops. It is exacting to moisture.

Soil preparation for Vicki's cultivation is similar to soil cultivation under winter culture. Vika well grows both after plowing, and at surface treatment of the soil. It is important to level well field surface as collecting on grain is carried out on low cut.

Way of sowing - usual SZ-3, 6, lower case by means of seeder. On heavy soils seeds sow on depth of 3-4 cm. Optimum depth of crops - 5-6 cm. At lack of moisture of sowing layer and on sandy soils planting depth is increased to 6-8 cm. In the conditions of sufficient moistening the seeding rate of mix of rye and Wicky makes 140 kg/hectare (on 70 kg of Wicky and rye). At cultivation with colza of seeding rate make respectively 30-40 kg/hectare and 8-10 kg/hectare. Wicky's sowing winter is purely inefficient in connection with drowning of herbage and decrease in grain productivity.

It is better to sow to Vick winter for 10-14 days before optimum terms of sowing of winter rye. If it is a little moisture in the soil, Vick can sow later. Early sowing creates good conditions for Wicky's development and her rewintering. At delay in Vicki's crops (after September 10), she does not manage to develop well and during the winter almost completely perishes.

At cultivation on seeds Vika winter is brought together when maturing component - wheat, rye, etc. By this time 70-80% of beans of Wicky ripen. At swath harvesting they finally ripen in rolls and become suitable for thrashing. At delay in collecting Wicky's beans crack and the most part of harvest is lost. 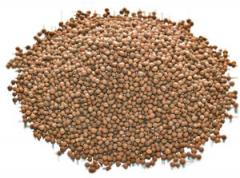 Vika is summer. Grain, bean and groat crops
In stock 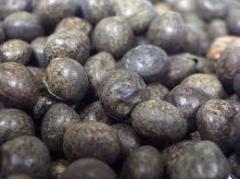 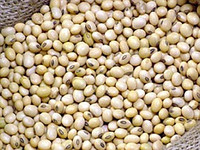 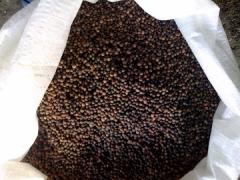 Vika is summer. Family of bean
In stock 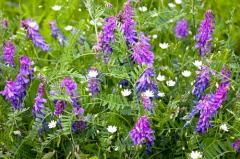 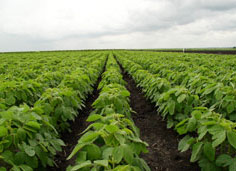 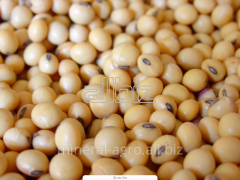 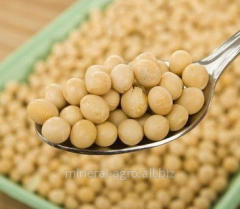 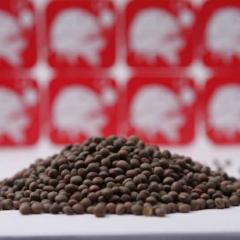